The Town of Ithaca has demonstrated its commitment to be a leader in sustainability through several actions and initiatives. A sampling is highlighted below. 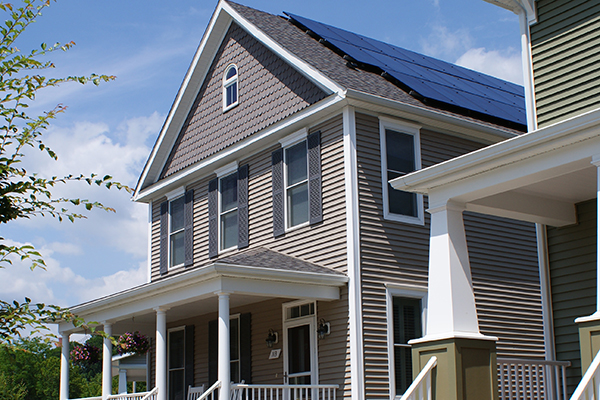 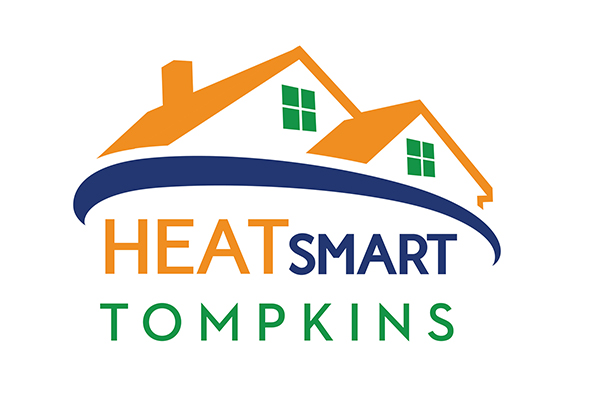 The main goal of the Town’s Green New Deal is to achieve an equitable transition to carbon-neutrality Town-wide by 2030. The Town also set two goals for its own operations to be met by 2025: to meet the electricity needs of Town government operations with 100% regionally sourced renewable electricity and to reduce emissions from the Town fleet of vehicles by 50%. 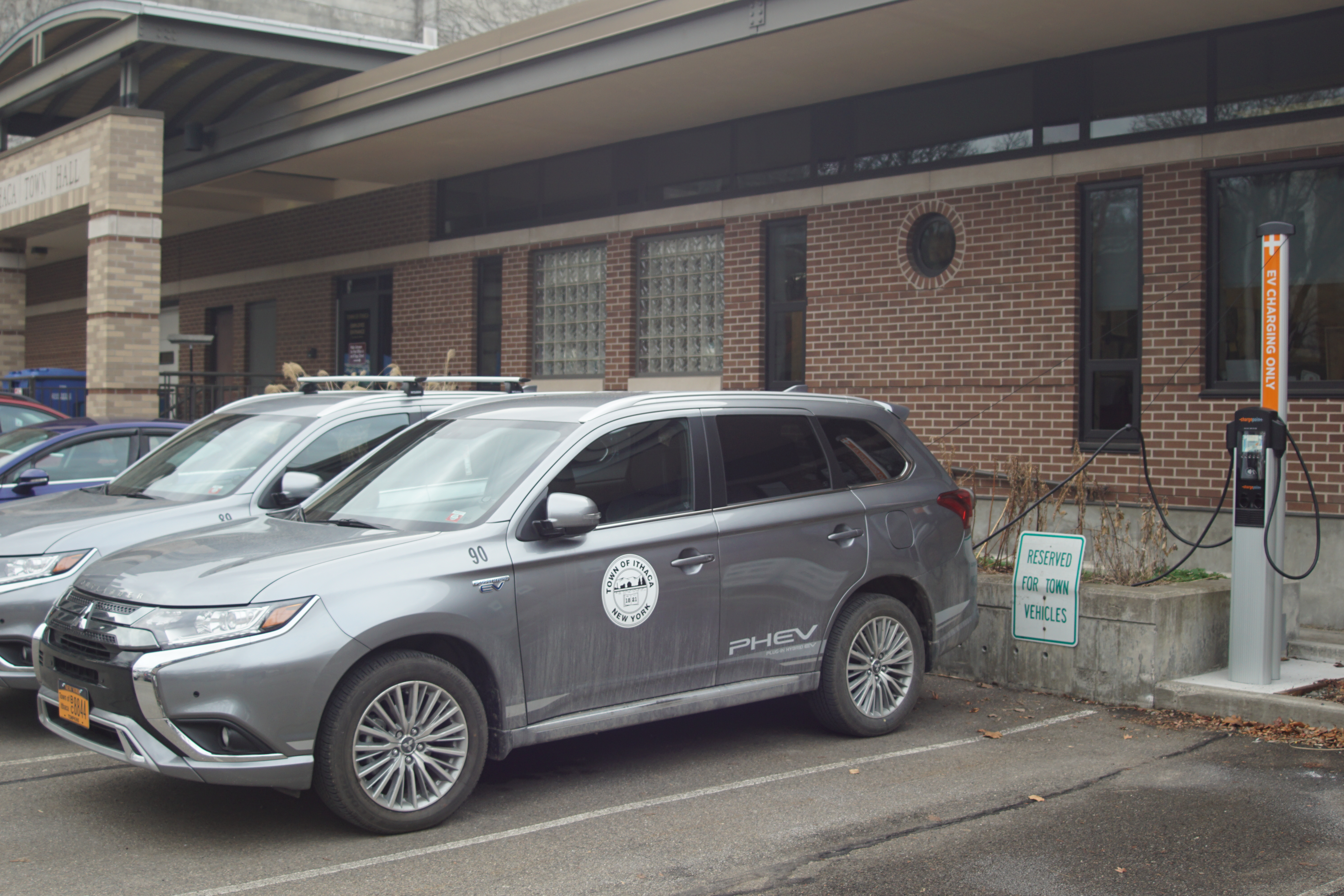 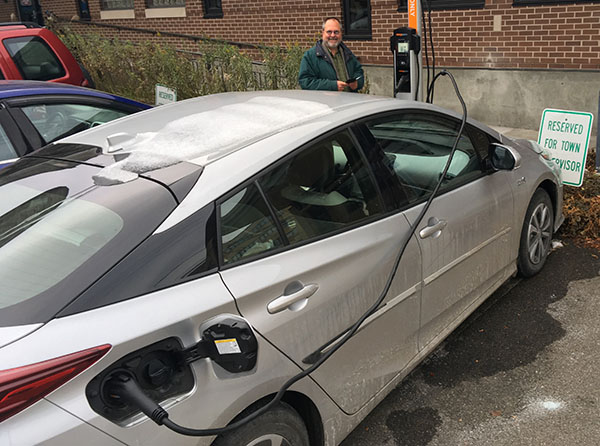 Installed an electric vehicle (EV) charging station at Town Hall (2019), added two EVs to the Town fleet, and partnered in EV Tompkins, to increase the number of local EV drivers.

Led the Residential Energy Score Project (RESP), a collaboration with four other Tompkins County municipalities to develop a residential energy score program to improve the energy efficiency of existing homes. New York State rolled out regional pilot programs in several locations across the state, including Ithaca, partly due to these efforts. Learn more about RESP. 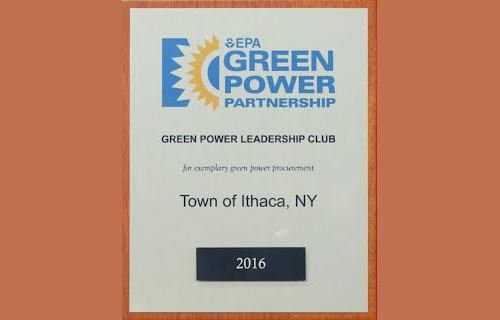 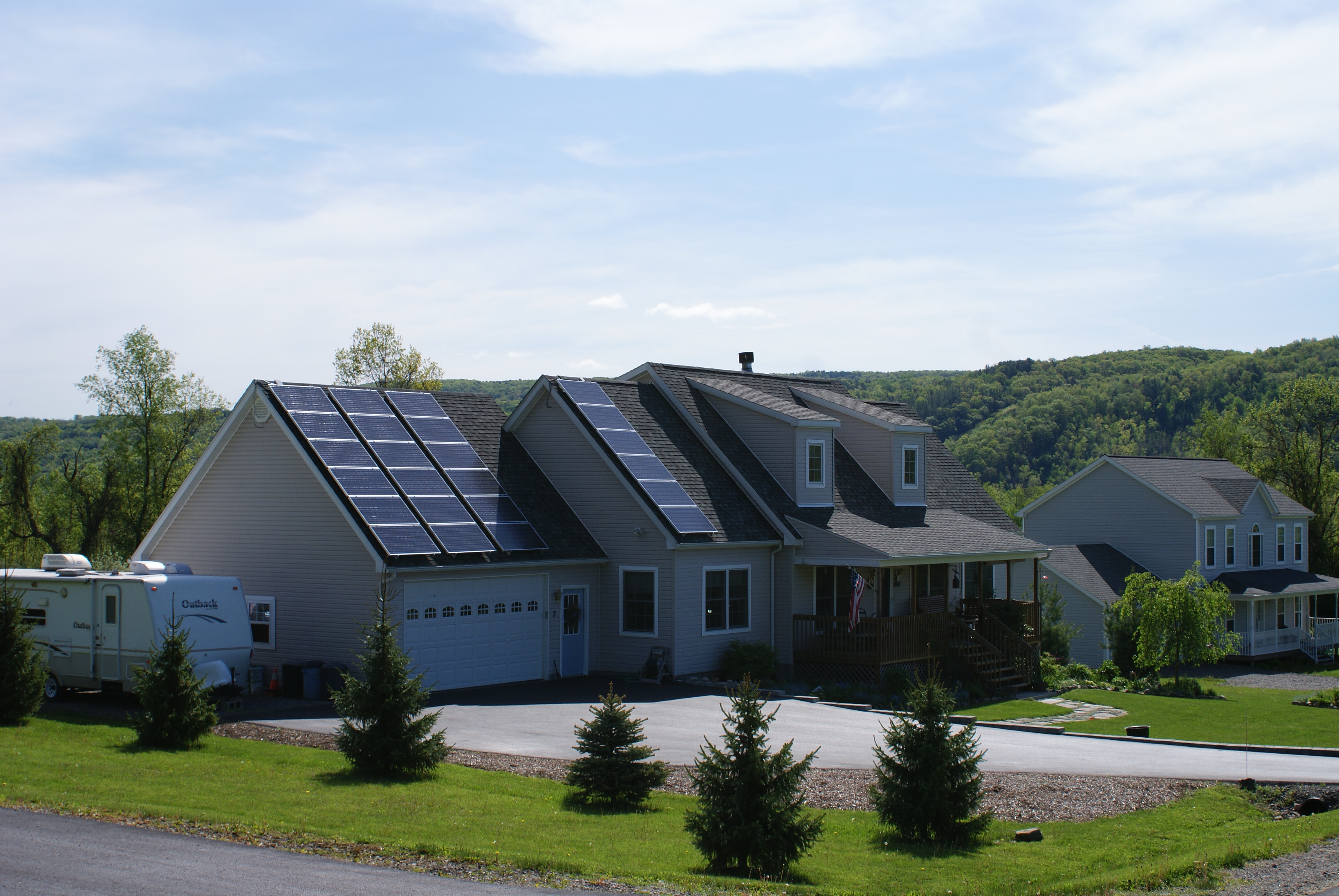 The Ithaca Area Wastewater Treatment Facility, recognized by the U.S. DOE for its efforts, has improved the efficiency of its operations dramatically and offsets its energy needs on-site through the production and use of biogas.

Adopted the Comprehensive Plan, which features sustainability as a thread-through theme and contains a chapter on energy and climate protection

Adopted the Government Energy Action Plan, and met the goal of reducing GHG emissions in government operations by 30% by 2020.

More About Sustainability in Ithaca